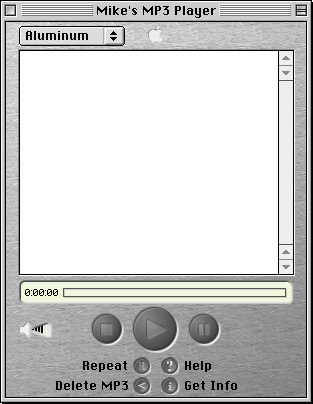 This Program started out as a tutorial out of the MacAddict magazine. After I had completed the MP3 player, I decided I would like to expound upon it, which is how it got to become what it is today. It was made with REALbasic by Me, Michael Caldwell, With lots of help from Jim Radford and David Caldwell.

The current version is 1.0 b14. It is released under the GNU General Public License.